The Variable Media Questionnaire (VMQ) is a system designed to generate interviews that provide guidance for those trying to preserve art that requires more than just storing a box on a climate-controlled shelf. Ephemeral, technologically obsolete, or physically degraded works benefit from clear documentation of exactly what aspects of the work are most critical to maintain and what aspects can be modified or recreated in the spirit of the original if it becomes necessary to save the overall piece. The third version of the VMQ asks everybody connected with a work–from the artists and assistants, to conservators, to people who have just seen the work on display in the past–the same set of questions in an attempt to understand how to recreate an experience rather than just maintain an artifact.

Asking how to preserve art that can be based in any number of different physical materials is a large enough question in itself; adding works based on performance, interaction, or idea makes the task monumental. The solution used in the VMQ is to sidestep the details of each tiny piece of an artwork and ask bigger questions that can be answered holistically. For instance, instead of recording the dimensions of a CRT in centimeters, the VMQ might prompt an interviewee to think about what the work would look like on a different sized monitor, or on a completely different display technology once CRTs are no longer produced. Working at the conceptual level bypasses details that are not only unpredictable at the time when the VMQ itself is made but may in fact be obsolete by the time an artwork in the VMQ needs to be preserved.

The third version of the VMQ introduced an epistemological shift from the previous two versions by viewing the functional components that go into an artwork’s construction as its most fundamental units. Each component is treated as a paradigmatic set of possibilities, with the answers given in the interviews defining the boundaries of the set. Making this change allowed the VMQ to ask specific questions about how these components interact, and those interactions form the structure of the work that the VMQ attempts to maintain.

Unlike previous versions of the questionnaire, version 3.0 is now available as a web service that allows different institutions to share their data across organizational boundaries if they wish. It is designed using the familiar desktop metaphor with a drag-and-drop, AJaX-style interface centered around ease of use. 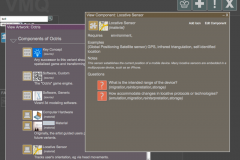 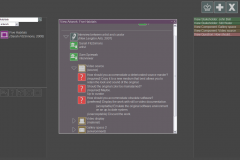 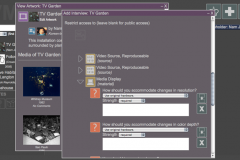 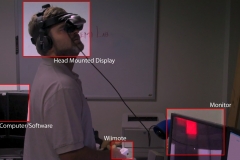